Thank you for investing in yourself 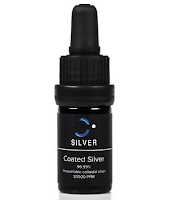 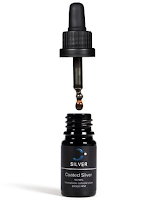 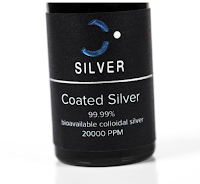 If you haven’t heard of colloidal silver, you will soon enough, especially if you’re on the lookout for alternative therapies to common health issues, such as a sinus infection or a cold.

Most health food stores and pharmacies stock several brands of colloidal silver, and, of course, you can find a vast amount of information about colloidal silver benefits on the internet. Unfortunately, the information out there is confusing, as many sources have conflicting opinions.

On one hand, you’ll run across thousands of personal testimonials about colloidal silver helping people with practically every disease you’ve heard about. You will also stumble upon some well-known health sites that warn consumers about safety concerns.

Usually, these sources quote a statement made by the FDA in 1999 claiming that there is no scientific evidence to support the use of colloidal silver.

This type of information can confuse even the most savvy natural health enthusiast, which is why I want to lend a helping hand and provide some evidenced-based information to help you make an informed choice about colloidal silver uses and benefits.

What Is Colloidal Silver?

Colloidal silver is a solution of water containing nanometre sized particles of suspended silver. The total silver content is expressed as milligrams of silver per litre of water, or mg/L, which is numerically the same as parts per million (ppm).

Silver has been used for at least six thousand years to prevent microbial infections. It has proving to be affective against almost all organisms tested and it has played an important role in the development of radiology and in improving wound healing, according to research out of the University of Cincinnati College of Medicine.

Before the invention of the refrigerator, it was common practice to drop a silver coin into a container of milk as a preservative because silver was known to prevent the growth of algae, bacteria and other undesirable organisms.

Dating back to ancient times, silver was also a popular remedy to stop the spread of diseases. Its use as a natural antibiotic continued all the way until the 1940s, when modern antibiotics arrived.

Today, people obviously don’t need to drop silver coins into their water to experience colloidal silver benefits. All you need to do is carefully take a few drops from a bottle that you buy at the store.

According to a report written by Richard Davies and Samuel Etris of The Silver Institute in a 1996, there are three primary ways that colloidal silver can help heal the body:

(This is absolutely perfect substance to treat covid 19 with how it affects the oxygen cell molecule in the Lungs, keeping the cells alive & operating killing the viral bacteria that grows in the lungs.)

There are basically three types of products that are marketed as “colloidal silver” and these can be categorized as:

Because it’s the least expensive to produce, ionic silver is the most popular product in this category.

The problem? It simply won’t produce the same benefits that true colloidal silver can.

In order to keep large silver particles suspended, silver protein-based products add gelatin. Silver protein is the second-most popular type of colloidal silver product on the market and can easily be made by adding water to silver protein powder.

Again, it’s also often marketed and labeled as colloidal silver, but should not be confused for the real thing. Silver protein is less effective for human use, and you won’t experience the true colloidal silver benefits.

Lastly, true silver colloids don’t contain any protein or other additives, as the vast majority of the silver content consists of nanometre-sized silver particles. This will be the most effective type of colloidal silver.

By having a direct effect on cellular respiration, colloidal silver benefits the body in numerous ways, including providing numerous medical uses. There are eight proven healing properties that I consider to be particularly supported by the medical literature.

First, colloidal silver’s ability to control antibiotic-resistant superbugs is impressive. While employed at UCLA Medical School in the 1980s, Doctor Larry C. Ford documented over 650 different disease-causing pathogens that were destroyed in minutes when exposed to small amounts of silver.

Colloidal silver, unlike its modern prescription antibiotic counterpart, simply doesn’t create resistance or immunity in the organisms that are killed by it. This point cannot be emphasized enough, especially in light of the Centers for Disease Control and Prevention (CDC) recently reporting that more than 2 million people in the U.S. suffer illness every year as a result of antibiotic-resistant infections and 23,000 die from these infections.

In addition, a study published in the Journal of Alternative and Complementary Medicine supported ionic colloidal silver as a broad-spectrum antimicrobial agent against both aerobic and anaerobic bacteria, but its activity wasn’t as pronounced against fungi.

Robert O. Becker, MD, says that colloidal silver stimulates healing in the skin and other soft tissues. In a research article produced by Pharmacognosy Communications in 2012, it was specifically recommended that certain colloidal silver preparations should be considered for topical use to treat burns, thrush, periodontitis and other conditions.

For instance, you can potentially treat ringworm (Tinea capitis) at home with colloidal silver because it’s a potent anti-fungal. Caused by a fungus that lives on the top layer of the skin, ringworm presents as round, scaly patches.

It’s contagious and spread by skin contact and by contaminated materials, such as clothing.

Colloidal silver benefits many skins conditions as well, including psoriasis and eczema. It’s soothing to scrapes and even repairs tissue damage from burns.

In fact, a colloidal silver-based nanogel was successfully used as a dressing for superficial pellet gun wounds in a Journal of Family Medicine and Primary Care study. Such silver nanoparticle-based gel dressings for wounds or even chronic wounds are becoming more common.

Topical silver historically was used on burns, but usage stopped after the advent of antibiotics, until the 1960s when it kicked back into popularity. The combination of silver nitrate and sodium sulfadiazine to create SSD cream helped lead to burn recovery in many patients.

Applying a silver coating to specialized foam, as part of a wound vacuum system, provides antibacterial activity in vitro. According to research, this technology may assist in preparing infected chronic venous stasis wounds for skin grafting, ultimately leading to better healing.

Although more research is needed to understand its full potential, the antiviral and antibacterial properties of colloidal silver may allow it to fight some common infections.

Pink eye is an inflamed mucous membrane that covers the eyeball and eyelid lining, and it’s primarily caused by a bacterial or viral infection. Colloidal silver can be used for prompt action against this irritating and highly infectious virus and bacteria under the care of your doctor.

When applied on the infected eye, the tiny silver colloids are used to pick up the infected cells by attracting them electromagnetically and sending them into the bloodstream to be eliminated.

Again, more research is needed to fully understand the mechanisms and safety of colloidal silver for pink eye, ear infections and other bacterial or viral issues, but we do know that it’s a powerful antimicrobial agent that has helped many people treat these conditions.

Colloidal silver benefits can be experienced as an anti-viral for HIV/AIDS, pneumonia, herpes, shingles and warts. Colloidal silver suffocates the virus and can even reduce the activity of the HIV virus in AIDS patients.

There are also numerous anecdotal accounts of colloidal silver’s efficacy against the hepatitis C virus.

According to a study published in the International Journal of Nanomedicine, “silver nanoparticles are capable of reducing viral infectivity, probably by blocking interaction of the virus within the cell.” This might depend on the size and zeta potential of the silver nanoparticles, as smaller-sized particles were able to inhibit the infectivity of the viruses that were analyzed.

Colloidal silver is also a fantastic anti-inflammatory remedy. Case in point: Researchers at the National Institutes of Health (NIH) studied the effects of inflammation after being treated by colloidal silver, and they found that the inflamed skin of pigs treated with silver experienced near-normal skin after 72 hours, while other treatment groups not treated with silver remained inflamed.

Research is beginning to reflect what many people have already known anecdotally for years — that colloidal silver can reduce swelling, speed healing, and boosts cell recovery. More studies on humans are needed to understand the true potential of colloidal silver for inflammation, but what we have already seen is promising.

Widely used to control sinus infections, colloidal silver can benefit people when it’s used as a nasal spray, according to a study published in theInternational Forum for Allergy and Rhinology in 2014.

And a recent 2018 study published in Frontiers in Microbiology found that colloidal silver nasal rinses, when used twice daily for 10 days, are safe and effective for patients with chronic sinusitis.

Twenty-two patients completed the study and were given either oral antibiotics with saline rinses twice a day or colloidal silver nasal rinses twice daily. The results indicate that both forms of treatment showed similar improvements in sinusitis symptoms, and using colloidal silver in this manner for ten days was deemed safe.

You can purchase a good quality, pure colloidal silver nasal spray product or add a few drops of liquid colloidal silver to a “neti pot.” To apply it directly into your nasal cavity, let it drain down your throat while tilting your head back.

Also, it’s important to point out that recent research indicates that hidden infections by pathogens could be a cause of respiratory inflammation associated with common allergies and asthma. Colloidal silver destroys Pseudomonas aeruginosa infections, which may be the reason why airborne allergy sufferers often find such dramatic relief from colloidal silver.

Some claim that colloidal silver helps prevent all types of flu, including swine flu, as well as the common cold.

Few studies have been done to test this clinically, but in 2011 the NIH took 100 children under the age of 12 suffering from the common cold and nasal congestion and assigned them into two groups; the first group was treated with a solution of colloidal silver and beta glucan, and the second group with saline solution. Even though both groups benefited from the treatment, 90 percent of the people in the colloidal silver group completely recovered.

And a study published in the Journal of Virological Methods demonstratedthat silver nanoparticles have anti-H1N1 influenza A virus activities, especially during the early dissemination stage of the virus.

Our modern drugs have become limited in their efficacy when it comes to fighting bronchitis or pneumonia symptoms. Typically, antibiotics are administered as the first line of defense, but when the pneumonia is viral, antibiotics won’t help in the least.

The unique quality of colloidal silver is that it can help regardless of the pathogen, as research indicates it has antiviral and antibacterial properties.

Colloidal silver is a remarkable product to help fight against bronchitis and pneumonia when ingested internally, but an even more effective way to utilize it? Simply breathe it into your lungs.

This way, the silver directly contacts the germs residing in the lungs, which are causing bronchitis or pneumonia. It’s basically the same thing as using respiratory support, and it works speedily, clearing it up within a couple of days.

Now, the most effective method to get the colloidal silver into the lungs is to use a nebulizer. Generally, use one teaspoon approximately three times a day for 10 to 15 minutes.